Objections to Bible-thumpers: "That Was a Different Culture" 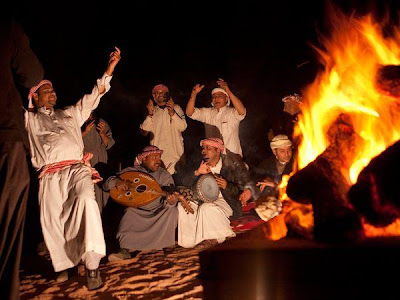 "Of course I believe the Bible. I agree that it's inspired by God. But it was written to people in a totally different culture. They didn't have to deal with all the things we have to deal with in our culture. God was speaking to them according to what they could understand and according to what their needs were in their place and day. And truthfully, elements of their culture that were no good leaked into the Bible too. We need to apply the Bible to our culture today, and that means ignoring the parts of it that are outmoded and inappropriate to our world."

I've heard variations of this before, and I bet you have too, or you've said it yourself. It is a common rebuttal to a Christian who asserts that the Bible says that something is right or wrong.

There is real truth to this statement, but it contains muddled thinking too. The key is the word culture. What is culture, and what is the nature of cultural differences? How does God's communication to one culture have any meaning or significance for a different culture? How do we figure out what crosses the cultural divide and how?

We compensate with our great intelligence—and our thumbs—which allows us to convert the natural world into habitats where we can flourish. However, our intelligence also increases what we require to flourish above what animals require; we need, for example, "meaning," which an ant colony does not require for its well-being.

A human group's construction of a world to inhabit inside the natural world is what we call culture. Culture exists in physical artifacts and shelters, social organization, laws of possession, beliefs, ways of doing things, and ways of communicating within the group, including language and other symbols.

Cultures define meaning for the humans in them. Also, cultures vary from place to place, people to people, and generation to generation. Therefore, certain acts or symbols in one culture convey no meaning or a very different meaning—even an opposite meaning—in another culture. (Consider, for example, how greeting someone with a kiss means something different in different cultures.)

It is to be assumed (for reasons I will not supply here) that moral standards in the Bible exemplify universal moral principles that the Creator intends to tell us. But for a given biblical standard, we must examine what that standard communicated in that culture and then consider whether it would communicate the same thing in our culture or not, and if not, to translate it to ours. Fortunately, the Bible gives us much help, because it was not written in one culture but in several. There are significant differences among the cultures of the patriarchs, of Israel in the wilderness, of Israel during the monarchy/-ies, of exiled Jews, of Jews rebuilding in Palestine, of Palestinian Jews under the Roman imperium, of diaspora Jews in the Roman Empire, and of ordinary Greek-speakers in the empire's cosmopolitan cities.

So the Bible itself is a multicultural collection of books. A careful comparison of book with book, culture with culture, generation with generation often reveals important clues about which biblical standards of conduct vary by culture and which do not.

Many do not vary at all, because, though cultures vary, people don't. I am not talking about comparing one individual with another, of course, but considering humans as humans. When one studies the Bible carefully, aware of the cultural gap between people described in the text and ourselves, one isn't struck by how different they were from us but how astonishingly similar.

Take Genesis, for example, most of which is written about a family of wealthy nomadic herders in the Middle East in the early second millennium B.C. The customs, inheritance patterns, family structures, economy, political environment, technology, taboos, and religion depicted in that book are alien to us in the twenty-first-century West. But with a little understanding of those differences, the reader is shocked by how vividly realistic its depiction of a dysfunctional family is. It is disturbingly familiar. One gets the sense that human beings really haven't changed in four thousand years.

And one would be right. Human beings haven't changed in the core of our humanity. Our makeup of desires, needs, sensitivities, immoralities, and indignations are virtually the same at all times and all places. Of course they vary somewhat from person to person, place to place, and time to time; some are more or less emphasized or intensified in one place than in others. But these differences are slight compared to the remarkable sameness.

So how do we apply the principle "cultures change, but people don't" when we seek to apply the Bible's teaching to our situation? Here are some examples.

When we read Paul's instruction about head-coverings in Christian worship, we have reasonable confidence that whatever he is talking about—for the passage contains numerous puzzles—it has to do with what certain clothing communicated within that culture, in part because there is no real analog to that teaching anywhere else in Scripture.

Similarly, when we read instructions about the inheritance rights of the firstborn in Moses' law, we can be confident that it meant something within the social and economic structure of that culture, because God commanded Abraham to handle inheritance in a different way earlier, and the apostles did not impose that law in the urban Greco-Roman cultural and economic system later.

But when we read what the Bible teaches about sexuality, we are dealing with something entirely different. We are dealing with something in the core of human nature that persists with remarkable similarity across cultures and ages. Humans flourish sexually (or at least prevent damage) according to the same recipe wherever and whenever they live. Conversely, there is no unfaithfulness, excess, or perversion happening in our time that has not appeared here and there—in some cases everywhere—for thousands of years. And that is why it is unsurprising that the bulk of sexual teaching in the Bible appears, or else is assumed, in writings set in various cultures throughout the corpus.

The notion that the basics of human sexuality have remained the same might seem incredible. After all, even in the lifetimes of many people living today there has been an immense shift in how our own culture views sexuality. 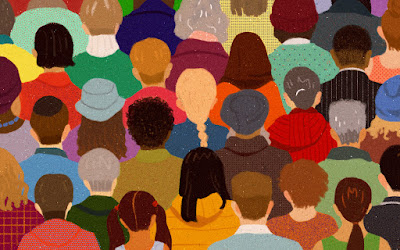 This is a critical piece of the "times have changed because cultures change" argument that is usually overlooked: the assumption that any given culture is immune from criticism. We have trouble being consistent with this assumption, of course—wife-beating was (is?) part of the culture in Afghanistan under the Taliban, apartheid was part of the culture of South Africa, watching men kill each other for entertainment was part of the culture of ancient Rome, and we condemn them all. But we naively assume that our own culture and most others (which we don't know very well) are by nature exempt from rebuke.

For a reader of the Bible, this assumption just does not do, because the Bible criticizes cultures on every page. It criticizes what they believe, do, make, love, and despise. No biblical book affirms any culture absolutely, including the culture in which it was written, and scarcely any does so implicitly.

Cultures, like the individuals that compose them, are incorrigibly corrupted by sin. So to say that the Bible's prohibitions of a behavior are irrelevant to us today simply because we live in a different culture is totally missing the point. The Bible judges every culture that contradicts God's law—that is, every culture, period—including the cultures in which it was written, and including our own.