Why Did Phil Robertson Say That?

[Note: Since posting the following I've realized that because of the media haze around Phil Robertson and what he is purported to think about homosexuality and because of the high passions on the subject, it is exceptionally easy to conclude that I stand by whatever you have heard about the man, true or false. I don't know what all you have heard, but I probably don't. I strongly recommend that you read the GQ article linked to below as the background for my comments.]

I've never watched more than five minutes of Duck Dynasty, because I don't like "reality" TV voyeurism regardless of who is doing it. I don't identify with the Robertson family and so get no buzz from their successes and no downer from their stumbles. But a few weeks after Philgate broke via a GQ article that led to the patriarch's deep freeze by the A&E Network, I found myself going to that article to see what the fuss was about. (Incidentally, the article is excellent and humane, and I highly recommend it to those who won't be terribly turned off by the author's very crude language.)

As an ABC News story pointed out, Phil Robertson's comments about homosexuality were far from the only hair-raisers in the interview. I got to thinking about the ingredients that go into Robertson's bold pronouncements. I came up with four.

1. Personality. I've been told that I don't beat around the bush—I uproot the bush and beat you in the face with it. If that's so, then Phil Robertson uproots redwoods and smacks any target he can find as long as he's conscious. That's who he is. As the article makes plain—and as fans of the show probably know—he's a unique individual, and the other members of the family have different personalities too. Don't we all.

2. Life experience. Phil's individual life story, centrally featuring his Christian conversion, makes him who he is. So also does his experience of growing up in the rural Deep South in the generation that he did.

3. Culture. Not only the content of what Phil Robertson says but the way he issues the content has a natural fit and logic within a culture (and in a particular stratum within that culture) that is glaringly out of place, bizarre, and incomprehensible in a different culture. Like it or not, cultural sensitivity is required to interpret his cultural insensitivity—unless you want to fight fire with fire by being a cultural imperialist yourself.

4. The Bible. Robertson really believes it. And some of the most controversial and offensive things that he says—namely, most of his remarks about homosexuality—are almost verbatim quotes from it. Robertson didn't invent stuff that is propounded today by hundreds of millions of people worldwide.

I don't identify with Phil Robertson or support him without qualification or agree with a lot of what he says. The reason is simple: I have a different personality and different life experience and am from a different culture. So even though I share Phil's taste that "a vagina—as a man—[is] more desirable than a man’s anus," I don't think that that's particularly relevant. And even though I concur with Robertson that 20th-century anti-Christian regimes were monstrously murderous—I mean, who doesn't?—it looks like conveniently selective history to me. And even though I don't outright deny the factuality of his personal experience of racial harmony in pre-Civil Rights Louisiana, I couldn't disagree more with the conclusion that he draws from it.

But the one thing I do have in common with Phil Robertson—perhaps the only thing—is that we both believe that the Bible is worth believing, and that it describes a Savior, Jesus Christ, who is making all the wrongs right for those who trust him. As Phil put it to the GQ writer,


If you simply put your faith in Jesus coming down in flesh, through a human being, God becoming flesh living on the earth, dying on the cross for the sins of the world, being buried, and being raised from the dead—yours and mine and everybody else's problems will be solved. And the next time we see you, we will say: "You are now a brother. Our brother." So then we look at you totally different then. See what I’m saying?

I see it, Phil, and despite how different you are from me, I look at you as my brother. That's the united diversity that Christ makes possible.

I don't know if Phil Robertson deserves to be back on TV. (I mean, really, does anybody deserve to be on TV?) But I'm going public with this: if our society draws a line and puts Phil Robertson on one side of that line, I stand with him on that side of the line too.
No comments:

[Cross-posted from the Gordon-Conwell blog.]

Two astounding, must-read books from my D.Min. program have newly illuminated how small I am.

The first is James Davison Hunter’s To Change the World: The Irony, Tragedy, and Possibility of Christianity in the Late Modern World. Hunter adroitly demonstrates how quantity and even quality of cultural output does not shape a culture, nor does the size of the consumer base. Rather, the culture is shaped by the few institutions, locations, and social circles that all, including those who resent them, tacitly agree are more prestigious than the rest. 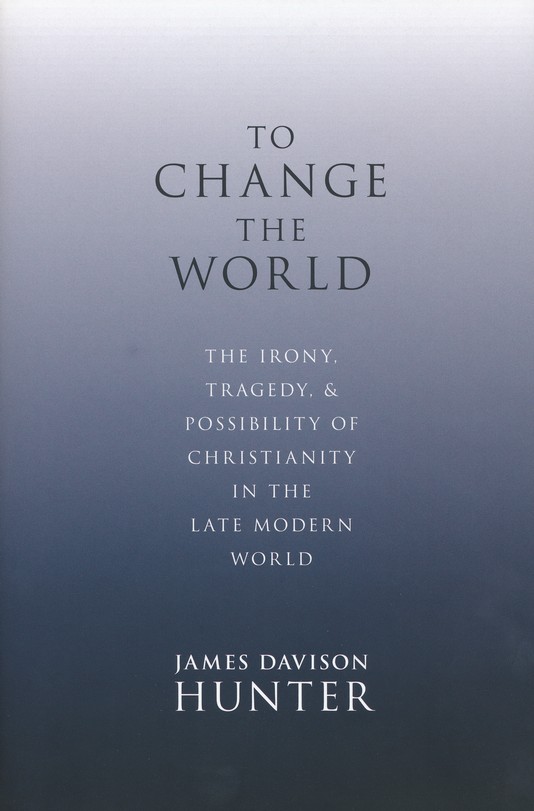 I am small and far from these high points. I am not close to the center of my denomination’s culture. I am unimportant to the evangelical subculture—you won’t see my mug on conference junk mail anytime soon. I live in an ignored part of the country. Almost no one in any of my subcultures has the regard of elites in Hollywood, Harvard Yard, and Midtown Manhattan. 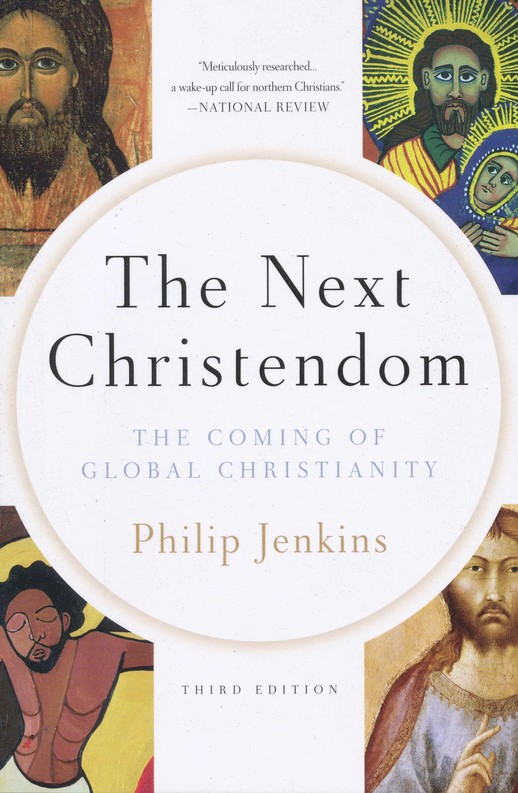 I am small in another direction too, as revealed by Philip Jenkins’ The Next Christendom: The Coming of Global Christianity. As Christianity drains out of Europe, it is exploding in Latin America, Africa, and Asia, partly because of the fecund demographics of those regions but also through a burgeoning wave of conversions. Christianity in the United States is holding steady because of help from immigration from those continents as the faith resumes its ancient position as one of the great Eastern religions. The awakening and the miraculous seem to be going on almost everywhere but here, and I can’t read Jenkins’ statistics about ten million of this and a hundred million of that for long before feeling very small again.

I don’t call myself small out of self-pity—well, I hope I don’t—but from a healthy dose of reality for the sake of humility. I need that. But this is not the whole story.

No matter whom I am small by comparison to, I am big to someone else. My town, a modestly affluent county seat, gets more undeserved attention than any other in my region. I’m an evangelical nobody, but unlike many I actually know a few somebodies, and they know even better-known somebodies. And wherever I live in the United States, to the Mexican believer peering around our southern wall I’m at the center of it all.

More importantly, no matter how small I am in my profession because I see only fifty people on a Sunday, I am huge to those fifty people. My significance is enormous to the sick for whom I pray, the weary to whom I speak the gospel of hope, and the children who call me pastor. And to my own children and to my wife, I’m colossal—to them, whether or not I exist is the whole world.

Finally, and most importantly, I am staggeringly valuable to the infinitely large God. As David observed, his thoughts about me are beyond comprehension—not only their number and their content but his desire to think about me at all.

At the beginning of Matthew 2, men come from a foreign power to find the king of the Jews, whose birth alarms Jerusalem’s elite and triggers a state crisis. At the end of the chapter he is called a Nazarene, a no-name denizen of a backwater town.

The paradox of Jesus’ incarnation is not only metaphysical—the union of complete and unadulterated deity and humanity in one person. It is a cultural paradox too: the one who is the center of all things lives simultaneously at the extreme margin; he really bears the name above every name while he really is a no-name. This both-and image is the one that God is conforming me to—I shrink while I expand, plunging lower, rising higher.
1 comment: